Just 80 miles from Florida, the location for WAUSM’s state-of-the-art preclerkship campus was specifically chosen to allow easy access to and from the United States and Canada.

This proximity provides US and Canadian students with the ability to quickly and easily return home during breaks, long weekends, and special events while pursuing their medical degree in a safe, contemporary location – something no other Caribbean medical school can offer. 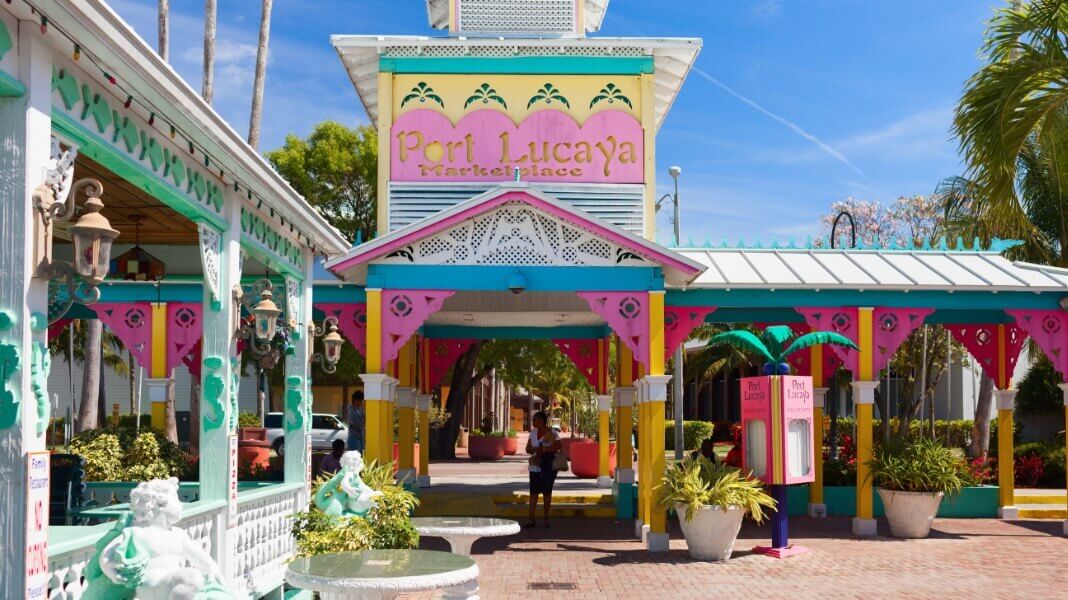 The main city on the island of Grand Bahama, Freeport has a population of less than 50,000 and offers a small-town atmosphere with various canal-oriented communities that offers the perfect environment for Caribbean medical school students. From east to west, the island measures approximately 96 miles, and is rimmed with cities, villages, and cays that offer reminders of the many different people and cultures that have called the island home. With the development of Freeport/Lucaya in the 1950s, and because of the island’s close proximity to Florida’s east coast, it is now one of the most visited of all the Bahamian islands. Freeport is home to an international airport, in addition to modern grocery stores, hospitals/clinics, and other essential services.

From coffee shops, to seafood restaurants, to Bahamian beach bars, Freeport offers everything from traditional to Caribbean fair, and everything in between. Highlights include Bootleggers Coffee Company in Lucayan Village; a maze of casual restaurants offering live music on the weekends at Port Lucaya; and Banana Bay, a quintessential Bahaman beach bar.

The nature and wildlife on Grand Bahama is some of the best and most diverse in the world, with landmarks including the Lucayan National Park, Gold Beach, Garden of the Groves, and the Lucayan cavern system.

Grand Bahama Island has established its footprint in the global ecosystem as the Silicon Island of the Caribbean, and is fast becoming known as a gateway for innovation and technology. Home to the Grand Bahama Technology Summit, Grand Bahama Island’s world-class infrastructure and other investor-friendly amenities have made it an ideal home for innovators; high-growth, high impact start-ups; and businesses that are expanding both at home and abroad.

The Bahamas economy is driven primarily by the tourism, financial services, and fishing industries.

Grand Bahama Island is 530 square miles, 96 miles long from east to west, and 17 miles across at its widest point.

Automobiles drive on the left side of the road.

Summer: May – September, temperatures from 80-85°F

Winter: October – April with temperatures from 70-75°F The rainy season spans from May through October.

We use cookies on our website to give you the most relevant experience by remembering your preferences and repeat visits. By clicking “Accept All”, you consent to the use of ALL the cookies. However, you may visit "Cookie Settings" to provide a controlled consent.
COOKIE SETTINGSACCEPT ALL
Manage consent

This website uses cookies to improve your experience while you navigate through the website. Out of these, the cookies that are categorized as necessary are stored on your browser as they are essential for the working of basic functionalities of the website. We also use third-party cookies that help us analyze and understand how you use this website. These cookies will be stored in your browser only with your consent. You also have the option to opt-out of these cookies. But opting out of some of these cookies may affect your browsing experience.
Necessary Always Enabled
Necessary cookies are absolutely essential for the website to function properly. These cookies ensure basic functionalities and security features of the website, anonymously.
Functional
Functional cookies help to perform certain functionalities like sharing the content of the website on social media platforms, collect feedbacks, and other third-party features.
Performance
Performance cookies are used to understand and analyze the key performance indexes of the website which helps in delivering a better user experience for the visitors.
Analytics
Analytical cookies are used to understand how visitors interact with the website. These cookies help provide information on metrics the number of visitors, bounce rate, traffic source, etc.
Advertisement
Advertisement cookies are used to provide visitors with relevant ads and marketing campaigns. These cookies track visitors across websites and collect information to provide customized ads.
Others
Other uncategorized cookies are those that are being analyzed and have not been classified into a category as yet.
SAVE & ACCEPT